Almorox is located in the north side of northern half of the province of Toledo, in a valley formed by ramifications of the Sierra de Gredos and the basin of the Alberche river. Its 6,421 hectares are traversed from north to east by the Labros and Tabalon streams, which join together forming the Tordillos stream that flows into the Alberche River.

It belongs to the region of Torrijos and bordering the municipalities of Cenicientos, Cadalso of Vidiros, San Martín de Valdeiglesias and Villa del Prado in the province of Madrid and Santa Cruz del Retamar, Escalona and Paredes de Escalona in Toledo.

The predominant climate is the so-called continental Mediterranean climate, characterized by mild temperatures in winter and high in the summer months. 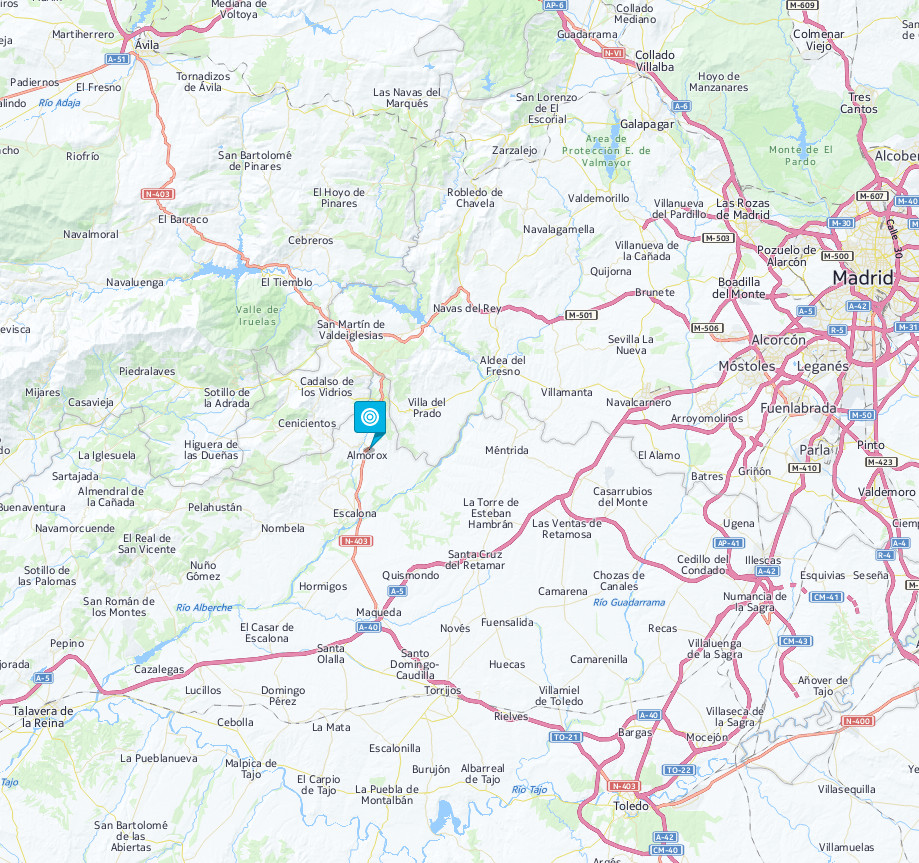